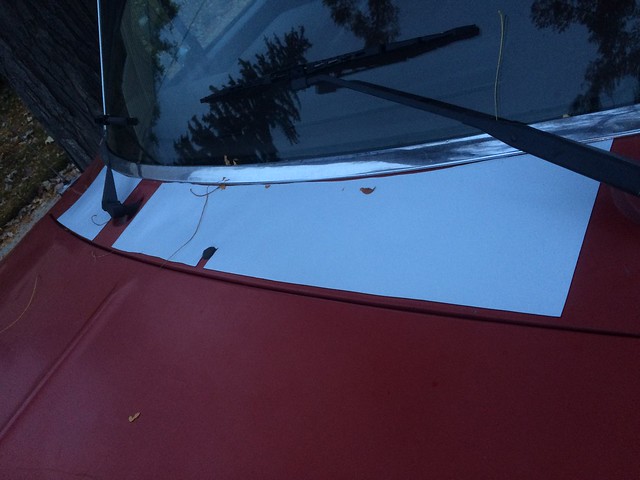 I bought a scrap of material used to make magnetic signs, and whittled it into a reasonable resemblance of the cowl vent’s opening. Even taking a short time to chat with the landlord, it was finished in less than a half hour. Cutting the curved part was the hardest part, and was easy- I held a pencil in my hand, running my finger next to the curve, and plotting the shape onto the magnet. Cut it out, made a couple minor adjustments, and it’s done. I carefully cut the front (hood) by using the gap between the hood and as a guide- if you’re squeamish, you could tape the cowl side so as not to scratch it. I was very careful, and removed the magnet to cut just a little more off the front side.

This idea has been rattling around in my head for several years, so we’ll see if it works. I’m confident that it’ll keep leaves out of the cowl vent/ heater/ cab, though.