Several years ago, I installed (poorly) a Blue Sea 5029 fuse block in place of a cheap RV fuse block on the firewall, in the engine bay. It never occurred to me back then (it was the early ’90’s) that the right way to do it was to protect it from the elements, until I installed a similar one inside the camper. Today, I fixed that, and more.

The impetus was my purchase of an Anderson PowerPole terminal assortment, crimper, die set, and carry bag. I’ll be writing a detailed analysis of that purchase as soon as I can get some quality pictures posted. Look for it in a week or less.

I installed the old fuse block under the glove box, on the firewall, inside the truck: 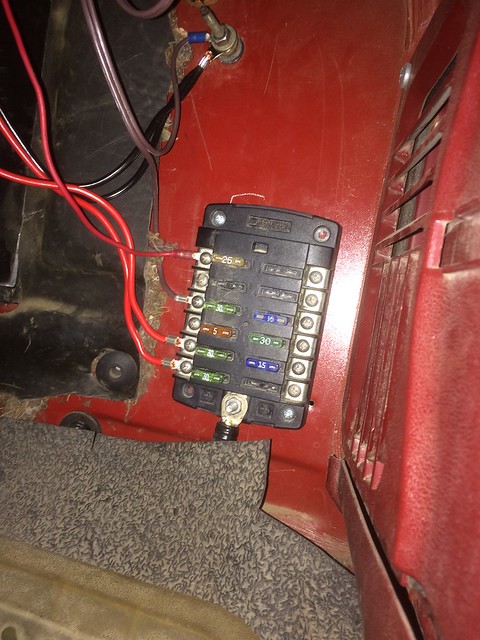 Don’t look too closely, as it’s installed temporarily-I’ve ordered Blue Sea 2201 and 2201 feed through terminals, and I’m going to replace the box with a Blue Sea 5026 fuse block with negative bus. This one will work for now, and the redneck cobbled ground is temporary, I promise.

I rerouted and reconnected the AM/FM radio and CB, and I’ll take care of the driving lights soon.

It looks way better with the cover on: 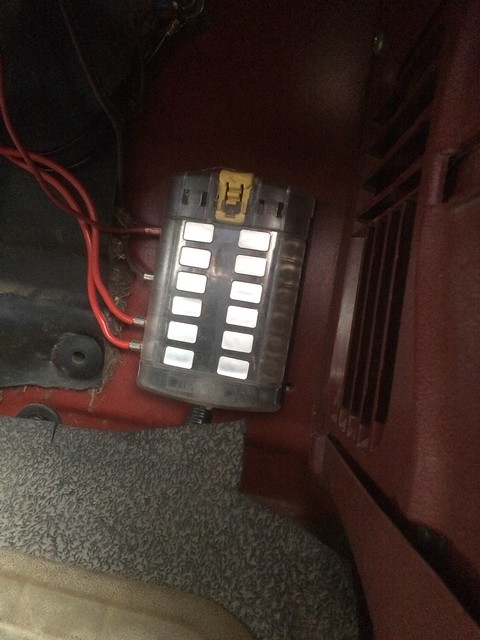 But still nothing to write home about. 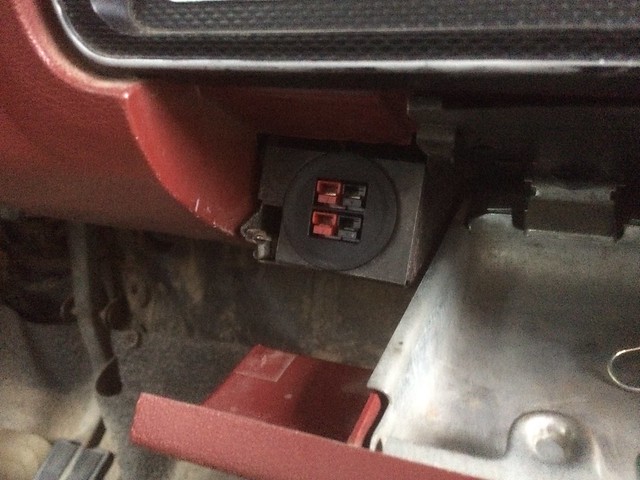 It’ll give me a good spot to plug in the radio when going mobile. The terminals were preinstalled the the ARES/ RACES configuration, which I recommend everyone use as well.

Naturally, I needed to test the new outlet, so I plugged in the cheap inverter I’ve had for years: 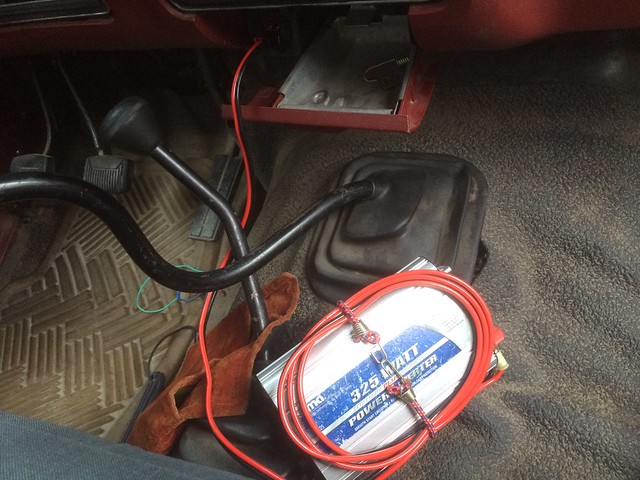 I installed a set of PowerPole terminals on it two nights ago, and it works perfect. Tomorrow, I’ll install terminals on the Yaesu.

I wish I’d done this a long time ago.