I’ve followed Survival Tech Nord‘s YouTube channel for a year now, and like his no nonsense approach to equipment. He uses, tests, and reviews equipment, and his review of the CHA F-LOOP was excellent, so I decided to buy one. My criteria for doing so were the following:

It certainly fills the bill for build quality. Every piece is top quality, and it looks like it’ll be sturdy for use in the field.

It seems pretty easy to use- you just take it out of the bag, install the coax cables and support “cables” onto the tuning unit, install the tuning unit onto a base (in my case I used a photography tripod), and connect the coax provided to the radio. switch between 80 and 40 meters, adjust the tuner, and off you go. I used it with my Yaesu FT-857D and my Drake TR-4, and it receives very well. I haven’t transmitted through it yet, but I’m going to take it out soon and see how it works. I’ll let you know what I find.

Meanwhile, go check out STN’s review, he will certainly do a better job of it than I’m able to.

Several weeks ago I teased you all about the install of my FTM-400DXE, and today I continued the install. First, I removed the glove box and the steel plate behind it to gain access to the radio unit: 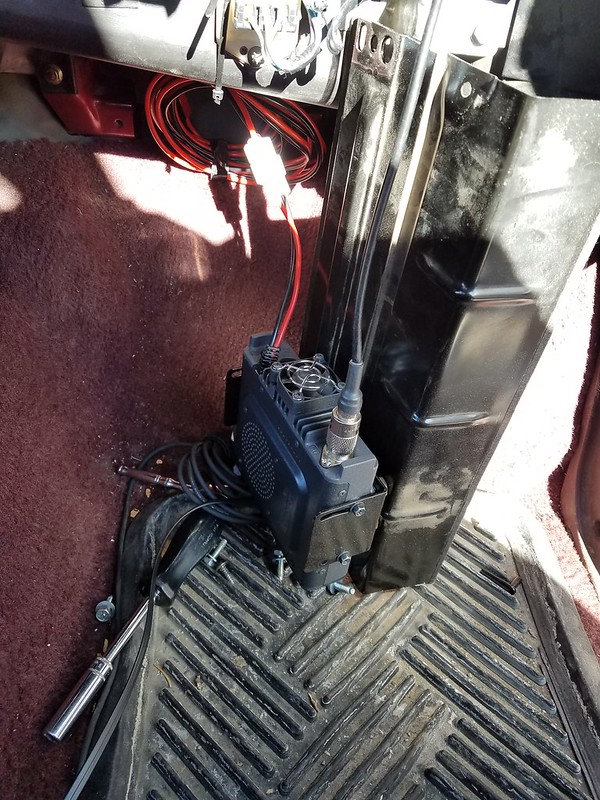 I know, shitay photo, but you get the idea. I wanted access to the display and microphone cables, since I was too lazy (or my body was not flexible enough) to get to them otherwise.

Next, I coiled the mike cable up and tucked it behind the center lower dash cover, and bolted the radio head back into its place. I connected the mike cable to a female by female connector that I’ve installed the the dash. 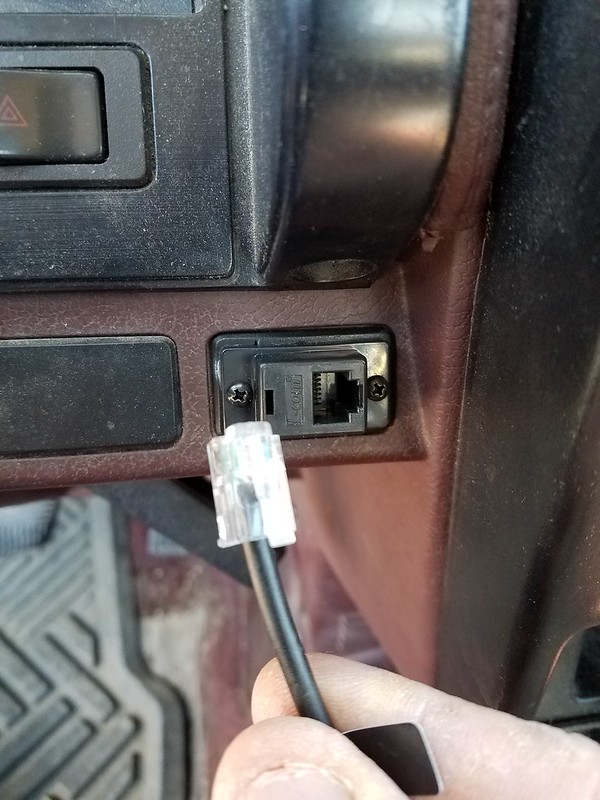 This way, I can plug the mike in for use, 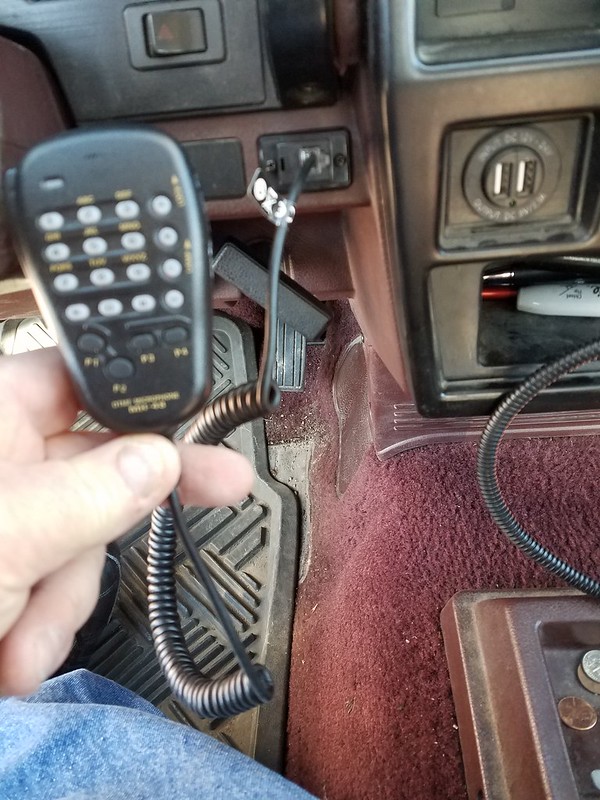 and remove it and toss it in the glove box when I park to keep it hidden from thieves. 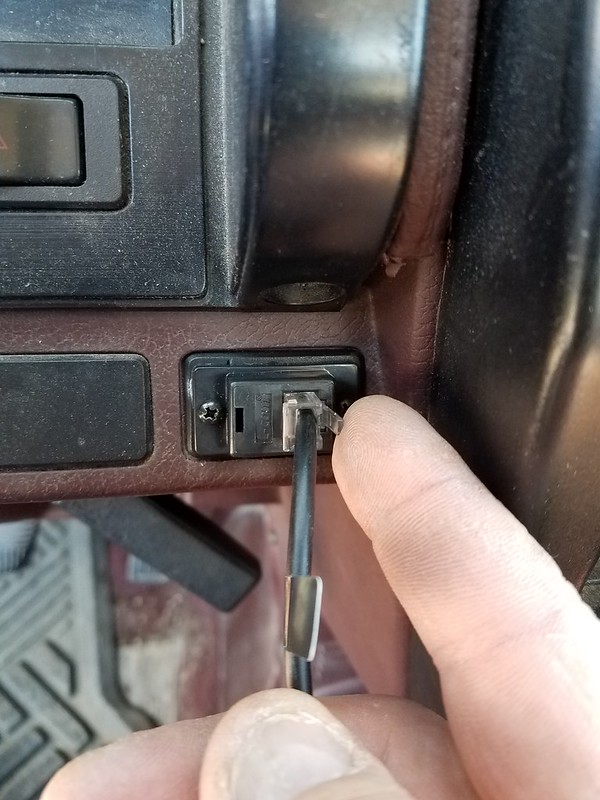 Then I ran the display cable (inside some wiring loom) under the carpet, next to the door, and back to the center hump. I can set the display on the ashtray for now, 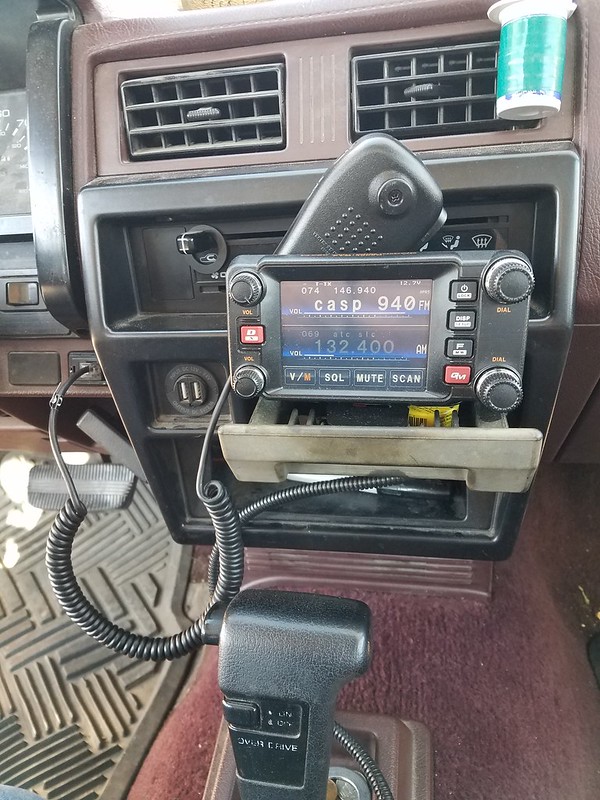 But my plan (as of today) is to buy a Lido mount and install the display on it. I may also home-brew something out of an old microphone mount, if I can find the right length.

I doubt I can add a thing to what he’s written here, so please go read the whole thing.

And then get off your asses.

Many thanks to Mountain Guerrilla for allowing me to repost this.

The war will gain steam as folks who would normally turn away from the violence are struck with it.  It’s hard to convince someone whose children have been harmed that they can’t blame an entire block of other people for the crime.  It’s even harder to do when atrocities become commonplace.  Folks who normally wouldn’t harm a fly will revert to savagery against their neighbor when they’re scared or angry, and they won’t much care if that neighbor is actually their enemy.

Many thanks to Daddy Bear’s Den for permission to repost this.

This fella isn’t a choir boy, and he doesn’t look like anyone in my tribe, but he’s a solid citizen, in my opinion:

Thanks to Kevin over at http://smallestminority.blogspot.com for permission to repost this.